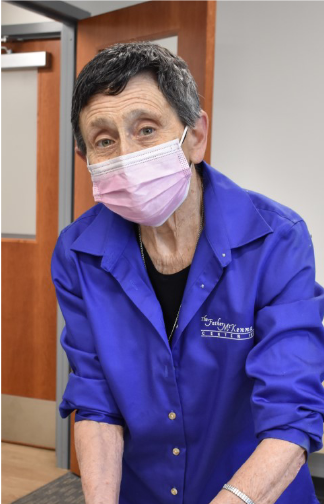 I keep coming to the Center because I encounter people I wouldn’t otherwise meet, and I find God is at work in them, just as he is in all of us.

“My career began as a secondary school science teacher, but I always wanted to go to the missions in Africa. So, after 15 years as a teacher I was missioned to Ghana and later to Nigeria for a total of 23 years.”

When she returned to the States in 2004, Sr. Barbara worked for several years with the people at Bethlehem House here in DC. After a brief posting to New York, Sr. Barbara returned to DC in 2015, and began volunteering here at The Father McKenna Center.

Sr. Barbara is willing to do whatever is needed: cutting vegetables, sorting clothing, tending to our modest library for the men or helping serve in the Food Pantry, the Grab n’ Go. In short, she is a “Jill of All Trades!”.

Sr. Barbara is so touched by her work with us, that she tells all who live with her. It had a major impact, when the Society of the Holy Child Jesus made a major donation to the Center in March as part of “Catholic Sisters Week!” 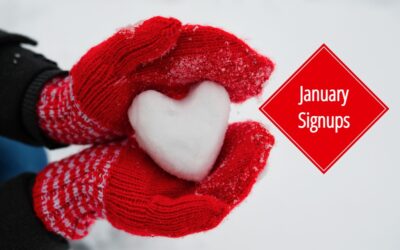 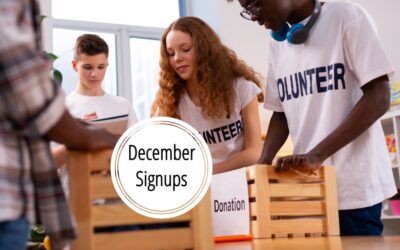 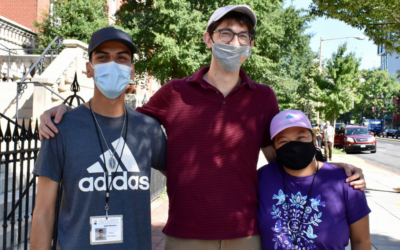 Please join us on Thursday, December 9th at 7 pm for our 4th Annual Lessons & Carols. We will fill St. Aloysius Church (900 North Capitol, NW) with prayer and song as we enter the Advent season and prepare for Christmas.

Thanks, I have saved the date!